A month or two ago I did a phone interview with a journalist who was preparing an article on efforts of lay members the Personal Ordinariates to share with the Catholic Church at large various aspects of the “legitimate patrimony” of Catholics who were formerly Anglicans. I had mentioned to her that I was working on a number of reprint editions of various kinds of classic, out-of-copyright works, chiefly (but not exclusively) focused on works from the English literary, historical, and spiritual traditions.

Although “Anglicanism,” strictly speaking, dates back only as far as the rupture created when Henry VIII of England claimed the English Church as his own, cutting it off from the rest of the Catholic Church, the “legitimate patrimony” of Anglicans (to which Pope Benedict XVI referred in Anglicanorum Coetibus, the decree that created the Personal Ordinariates) extends back to the advent of Christianity in Britain. Thus, the English Church is almost as old as Christianity itself, and the English spiritual tradition is equally venerable — yet relatively unknown to most Catholics today, simply because Henry cut the ties with the past. So my interest, as a publisher, is to create handsome (but inexpensive) new paperback editions of some of the treasures of English spirituality, both from before the rupture with Rome and afterward.

Statue of Julian, Norwich Cathedral. Photo by Nicki on Flickr.

The first two volumes I’ll publish in this “English spirituality” series illustrate the continuity that survived despite the efforts of many English churchmen to cut English Christians off from their Catholic heritage. The first will be the shorter form of Julian of Norwich’s “Shewings” or “Revelations of Divine Love.” All but one of the extant manuscripts that preserve Julian’s account of a series of mystical encounters with Christ include her reflections on that experience written over a period of decades. This is referred to as the “long text.” But a single manuscript (possibly the earliest one) preserved what was probably the earliest version of Julian’s account, written within a few years of her visions. This “short text” does not include the lengthy reflections that “unpack” the theological implications of her visions, found in the other manuscripts. The longer version has been published many times, with various “translations” (i.e., updated versions of Julian’s fourteenth century English) and scholarly interpretations, but the shorter text has been passed over since it was first made public by the Rev. Dundas Harford, who published it in 1911 under the title Comfortable Words for Christ’s Lovers.

The second book in my English Spirituality series is in a similar vein, but is pure fiction and was written more than five centuries after Julian’s visions. This is a little-known novel (for lack of better term) by Robert Hugh Benson, The History of Richard Raynal, Solitary. Whereas the “short text” of Julian of Norwich, a fourteenth-century anchorite (or “solitary”) was actually lost in a library and only rediscovered at centuries later, Benson’s story of Richard Raynal is a fictional account of another young “solitary,” this one male, a fifteenth century hermit rather than an anchorite. It’s not clear whether Benson’s book was inspired by the rediscovery of Julian’s work, but it certainly seems possible. At any rate, Benson creates a fictional frame for the tale, in which he “discovers” a fragmentary account of Richard’s life– supposedly written by the priest of Richard’s village after the young hermit’s untimely death — in the library of a religious order in Rome, creating a kind of fictional parallel with the rediscovery of the historic Julian.

For a variety of reasons (some of which I’ll discuss in later posts on this blog), I think it will be interesting to publish these two short works about mystical experiences of English solitaries — one historical, the other historical fiction — together. I’ll have more to say about each of them, but for the moment I just want to say: “Treasures of the English spiritual tradition, coming your way soon!” I hope that saying this will spur me to get moving on the publication of these two wonderful little books — before that article I mentioned above is published! 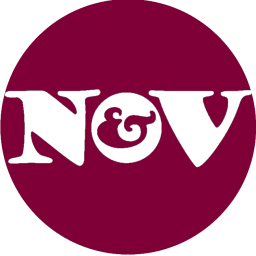